At the launch of NICHE, Daniel Witthaus announced he wanted  regional, rural and/or remote Australian communities to apply for him to spend a week in their community helping them find better ways to challenge homophobia and support local LGBTI people.  Where resources allow, Daniel’s time for these weeks will be free.

Since January 2013, Daniel has travelled to:

Daniel is happy to go to new places, or return to those places he visited during the original Beyond ‘That’s So Gay’ Tour.

Contact Daniel if you think your community could benefit from a week-long NICHE visit: daniel@niche.org.au

Mt Isa’s Christie Green Williams (PFLAG): ”It’s hard living in a remote place.  Support for the LGBTI community and homophobia in North West Queensland is so bad and that needs to change.  This community has been hidden for far too long and it needs to come out of the copper closet.  The man in the white hat needs to know that this is a part of his electorate and it is his responsibility to change his attitude and support for this part of his electorate.  NICHE coming to Mount Isa will show the mainstream community and the rest of Australia that there is an LGBTI community & people who live here and they want equality.” 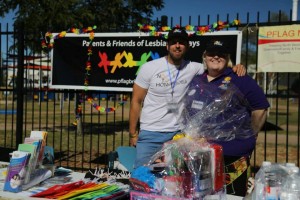 As part of the NICHE’s tour of regional, rural and remote Australia, Daniel traveled to Mt Isa QLD for one week of challenging homophobia, invited and hosted by the local LGBTI community, particularly PFLAG Mt Isa. 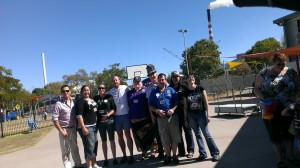 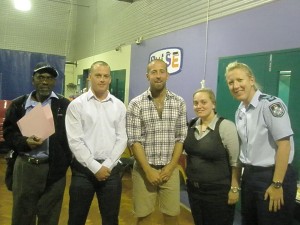 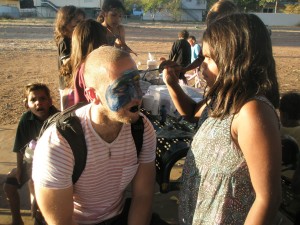 Bunbury’s Helen Robinson (True Colours): “The Safer Schools Project are really looking forward to NICHE coming to Bunbury as we are well   that homophobia is still experienced by our young people in schools and the wider community of Bunbury. Daniel’s knowledge and expertise would be harnessed through school visits and workshops, several opportunities to ‘have a cuppa’ with the community. We are also working with the Equal Opportunities Commission to host an event in Perth to announce the NICHE Tour. We are hoping that Daniel can provide the extra momentum for our program to really take hold in Bunbury and  create further awareness of the need for safer schools.” 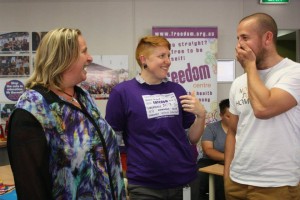 As part of the NICHE’s tour of regional, rural and remote Australia, Daniel traveled to Bunbury WA for one week of challenging homophobia, invited and hosted by Uniting Care West ‘True Colours’ project.

Returning after his first visit in 2010, Daniel worked a very full week across schools in Bunbury and its surrounding regions, with teachers, students and welfare staff.  He also broke up his week with a dash to Perth for a forum hosted by the ever-supportive and proactive State Schools Teacher’s Union of Western Australia (SSTUWA).  The efforts of all involved were featured on Channel 7 News, which you can watch here: Bunbury Killing Homophobia