Tickets available NOW for the coming out of Beyond Priscilla: The Play
at Melbourne’s Midsumma Festival: BeyondPriscillaTickets 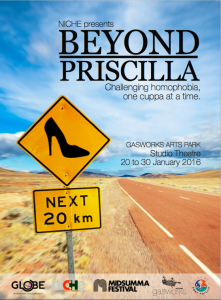 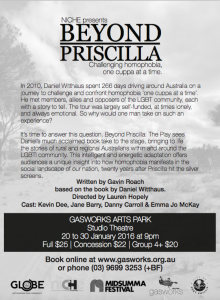 Following its coming out performance in January 2016 as part of Melbourne’s  Midsumma Festival, the play will then look to head to its roots: regional, rural and remote Australia.  Contact NICHE if you’d like Beyond Priscilla to head your way: daniel@niche.org.au

Get your copy of  Beyond Priscilla: one gay man, one gay truck, one big idea… now, published through Clouds of Magellan (cloudsofmagellanpress.net). 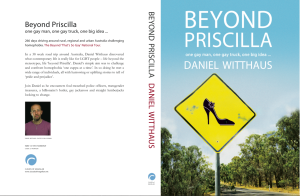 In 2010, Daniel Witthaus spent 266 days driving around rural, regional and urban Australia challenging homophobia. Beyond Priscilla is a record of the Beyond ‘That’s So Gay’ National Tour.

In a 38 week road trip around Australia, Daniel Witthaus discovered what contemporary life is really like for LGBT people – life beyond the stereotypes, life ‘beyond Priscilla’. Daniel’s simple aim was to challenge and confront homophobia ‘one cuppa at a time’. In so doing he met a wide range of individuals, all with harrowing or uplifting stories to tell of ‘pride and prejudice’.

Daniel has also published another book titled Beyond ‘That’s So Gay’: Challenging homophobia in Australian schools (2010). 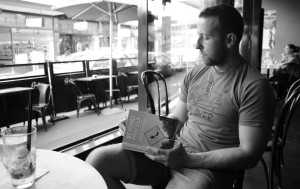 PAPERBACK/SIGNED
Paperback copies are now available, signed through Daniel (daniel@thatssogay.com.au or Daniel Witthaus on Facebook), and unsigned, through Hares & Hyenas and print on demand: Amazon, Book Depository and Barnes & Noble.  Stay tuned for details of all good bookshops.

Already Daniel has sent signed copies to the UK, US, Ireland and rural Japan!

READINGS & GATHERINGS
Contact Daniel for any opportunities to read and share stories of everyday LGBTI life in regional, rural and remote Australia.