NICHE supports lesbian, gay, bisexual, transgender and intersex (LGBTI) people and mainstream organisations in regional, rural and remote communities to make those communities safer, more supportive, welcoming and inclusive.  For four years we have partnered the Victorian State Government and Commissioner for LGBTIQ Communities to work with 29 regional and rural communities on the LGBTIQ Equality Roadshow, Communities of LGBTIQ Practice gatherings and LGBTIQ Roadmap.

It is ‘What Happened Next?’ after the 266-day Beyond ‘That’s So Gay’ Challenging Homophobia Tour of Rural Australia completed by Daniel Witthaus in 2010: www.thatssogay.com.au

We’re hoping to challenge rural homophobia, bi, trans and Intersex phobias one town, one story and one cuppa at a time. 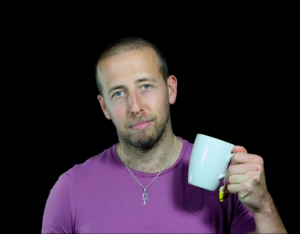 THE NEED FOR NICHE

The evidence is now beyond debate that young LGBTI people face greater levels of discrimination, experience greater levels of depression and anxiety and more likely to attempt and commit suicide than their heterosexual counterparts.  Living in regional, rural and remote areas only further impacts on these figures.

Not only do LGBTI organisations and groups report the challenge and lack of work to directly support these young people and to reduce the level of discrimination, most efforts tend to be focused on metropolitan-based efforts.

By supporting LGBTI young people and working with those that work with them to reduce the discrimination they face, this makes regional, rural and remote areas significantly safer for not only this group, but young people in general.

On Sunday 20th January 2013, as part of the Midsumma Festival, Daniel Witthaus launched the National Institute for Challenging Homophobia Education (NICHE).  In his speech Daniel explained that NICHE builds on his many years working in regional, rural and remote Australia.  Those communities regularly said it was “about bloody  time” that they are included in national conversations about how to create safer communities for lesbian, gay, bisexual, transgender and intersex (LGBTI) people. 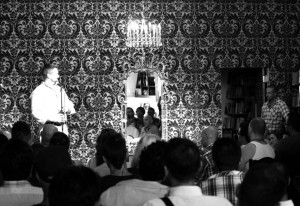 With the atmospheric setting of Hares and Hyenas Bookshop and a crowd of around 110 people, Rodney Croome followed Daniel’s speech to officially launched the new initiative.  He observed that Australia is ready for NICHE and a national conversation in ways it was not ready only 18 months ago.  Rodney added that there was no-one better placed in Australia to build NICHE than Daniel.

NICHE is best explained in this piece, written by Daniel Witthaus for ‘The Stirrer’:
www.thestirrer.com.au/my-niche-agenda-daniel-witthaus/